Made a few little changes to Paper, my WordPress theme –

Updates include cleaner code, better looking comments, new graphics and formatting on the date, tags and category, moved sidebar to footer for better SEO and a darker shade of gray in the background. 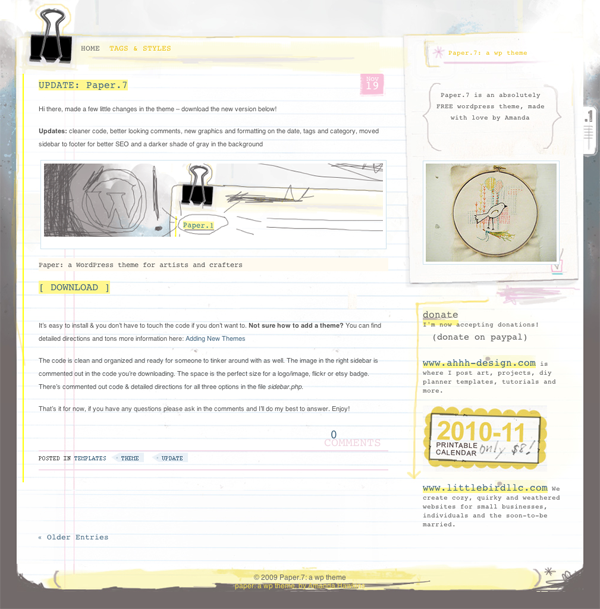 I’ve been working on littlebirdllc.com since last fall. Designed 10 different versions, coded about 6, started in Drupal and ended with WordPress. Do all designers have such a hard time designing their own business sites? It’s just never right, never cool enough, never finished. I decided on Saturday that this had gone on TOO long. Imagine my surprise when I actually came up with a design I liked right after deciding I just wanted to get something up? Design is funny like that. It’s still a work in progress, but it’s something. Thanks for reading! 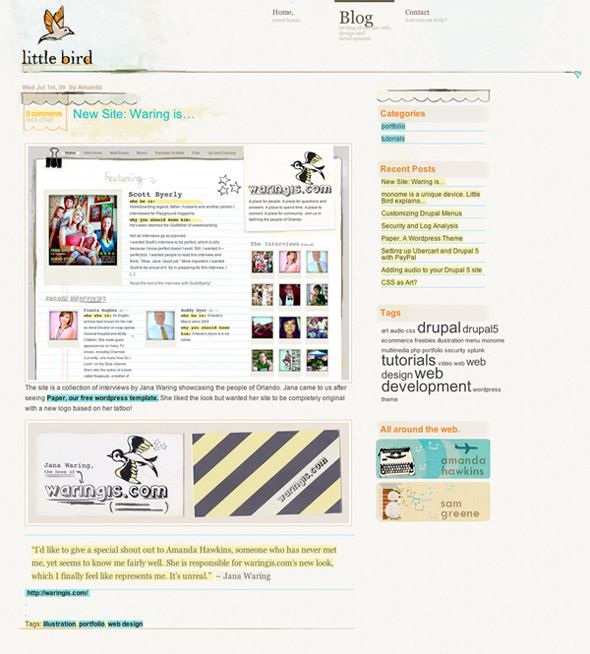 About a month ago I downloaded a trial version of Little Snapper ($39 to buy) to organize screen shots & links to tasty sites I run across. I had links scattered between gmail, google notes, google reader, delicious, evernote & starred in twitter! Now they’re all nice and neat and ready to quickly scroll through when I’m in a creative rut – Perfect!

I had this big plan to do a post of only craftily designed craft sites, I search high and low and only found three! (Well, four if you count Design Sponge which everyone’s seen). Unfortunately, most crafters seem to use blogger or blogspot and only design their headers. Same goes for illustrators – how bizarre, how bizzare! Seems like lots of artists use 100% flash, which you’ll notice is not present in my list (no offense, I’m just WAY too impatient!). (editor’s note: Long load times have been found to drive users away from your site.)

Please let me know of wonderful sites that I shouldn’t miss!

Here’s a blogspot that went all out – love the paperclip and little stamps!

Okay, I guess there’s a little bit of flash involved! Collaged papers, pencils and masking tape though, yes! This site was designed by Also, who also designed Design Sponge.

END_OF_DOCUMENT_TOKEN_TO_BE_REPLACED 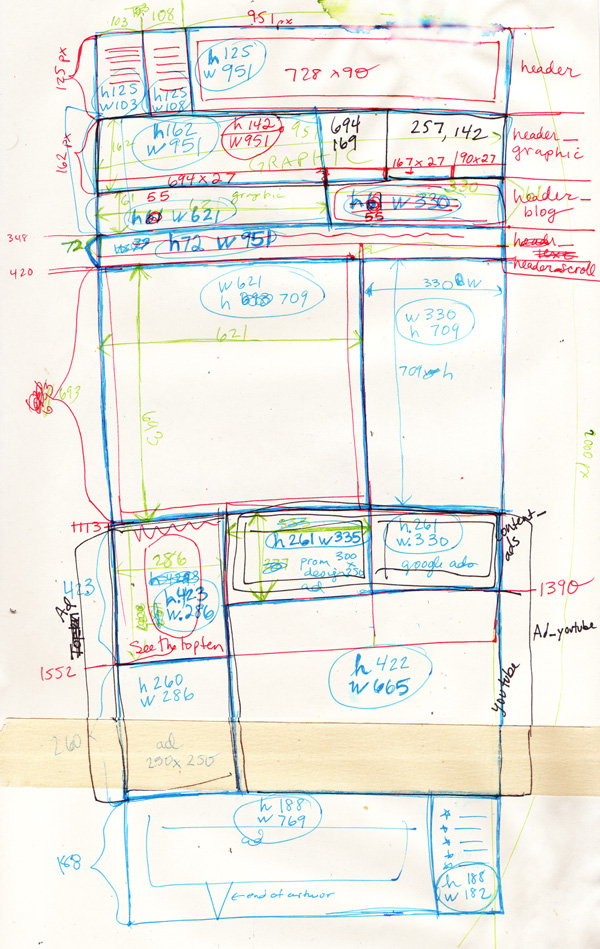 I spent about a million hours working on our wedsite, I’ve realized in the last couple of weeks that I might like making blogs more than I am like writing in them.